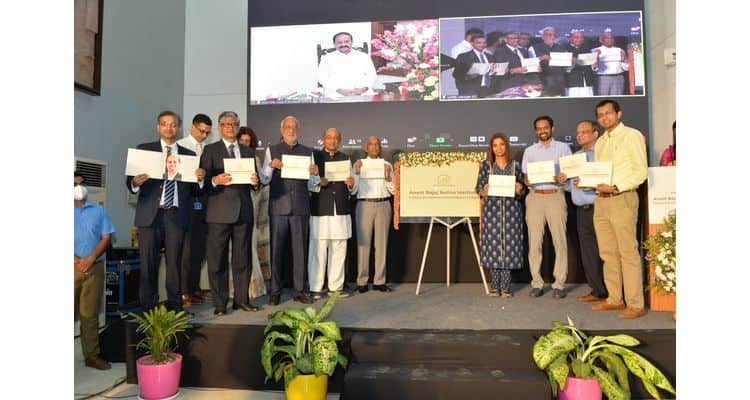 It was inaugurated by Vice President of India M. Venkaya Naida

Bajaj Group and LV Prasad Eye Institute are partners in launching the Retina Anant Bajaj Institute. It was practically opened by the Vice President of India M. Venkaya Naida on May 18, 2022.

The Vice President stressed the need to raise public awareness of the importance of eye health and called for media campaigns in local languages ​​with celebrities and icons from various fields.

Practically opening the Ananta Bajaya Retinal Institute, he also stressed the need to develop a multilateral strategy to strengthen preventive and curative eye care across the country, especially in rural areas. The Institute — Center of Excellence for Retinal Diseases is the result of a collaboration between the LV Prasad Eye Institute (LVPEI) and the Bajaj Group.

Recognizing that there is a huge opportunity to reduce preventable blindness in rural India, Naidou called for equipping rural primary care centers with primary care facilities.

The vice president also called on private hospitals to complement the government’s efforts by opening satellite centers of their facilities in rural areas. “Corporate organizations should prioritize their CSR funds for such reasons and support hospitals in opening eye care camps and rural surveys,” he added.

Given that community awareness is important in rural areas, he called for regular public awareness programs by health institutions and NGOs.

Noting that modern lifestyles and work requirements have increased our average screen time, the Vice President expressed the urgent need to regulate the use of electronic gadgets, especially among children at greater risk of technological dependence. He also stressed the importance of adequate eye rest and healthy eating.

The most common pollutants and what you can do about them

The impact of telemedicine on patient well-being – a systematic review