Just in time for the holidays, the trailer for Disney Plus’ Santa Claus series will be released 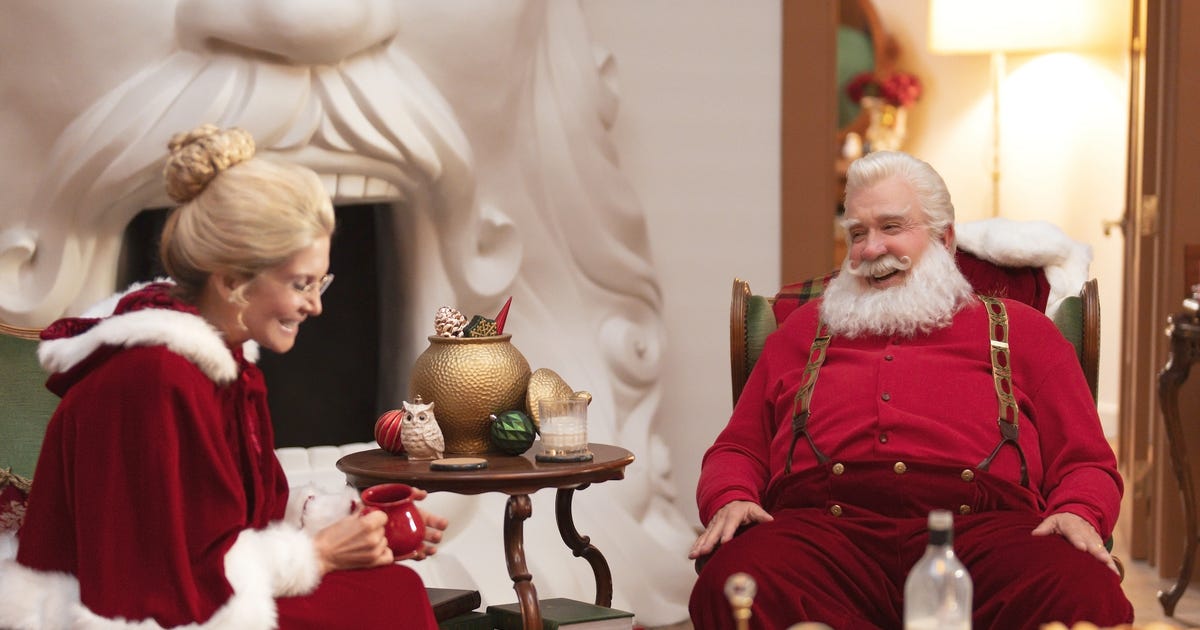 Disney Plus is there a revival of Tim Allen’s beloved Santa Claus films with the original series on streaming service this holiday season.

Disney released the first trailer for The Santa Clause on Thursday, giving us a glimpse of Santa Claus hanging up his boots and beard to spend more time living a normal life with his family.

Faced with a world where the children he once brought gifts to have grown up and no longer believe in the magic of Christmas, Santa finds a new outlet that allows him to retire.

Santa/Scott Calvin, his son Charlie (Eric Lloyd), his wife Carol (Elizabeth Mitchell) and their children Cal (Austin Kane) and Sandra (played by Tim Allen’s real-life daughter Elizabeth Allen-Dick) move into the ordinary world, but soon they return to the magical North Pole when it becomes clear that Santa has ‘retired too soon [and] hired the wrong guy.”

The elves are starting to disappear, and Christmas itself is in danger of ending.

Also returning from the original films is David Krumholz as the lead elf, Bernard.

The first two episodes of the holiday series will premiere on November 16 on Disney Plus. You can watch the full trailer below.