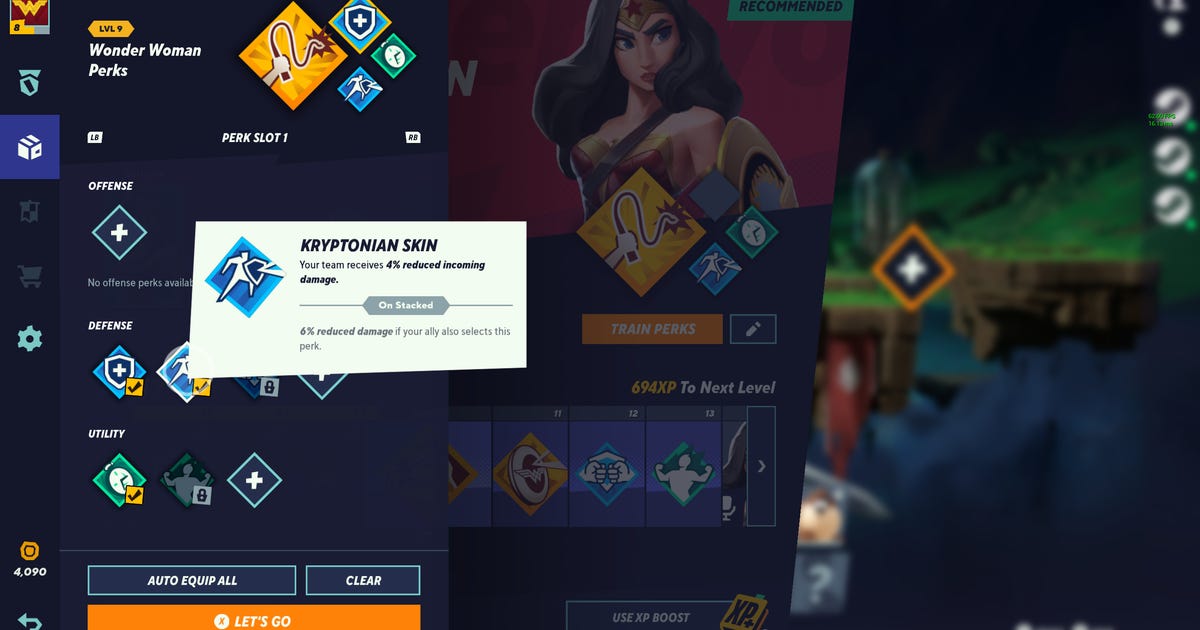 MultiVersus is an electrifying mix of platformer fighter, corporate IP crossover, and character customization somehow blended into a smooth final product. It’s meant to appeal to fighting game fans and people like me who struggled to get into fights that didn’t have the word “Smash” in their titles. MultiVersus brings together characters from various Warner Bros. properties, such as DC Comics, Game of Thrones, Looney Tunes, several Warner Bros. movies. and some original characters.

The game brings a mix of new and familiar elements to the genre, but at its core it lives up to the developer’s “easy to pick up, hard to master” ambition. Whether you’re a seasoned fighter looking for a new challenge, or you just want Rick and Morty to take on Arya Stark and Velma, MultiVersus is worth checking out.

The cross-platform game is free to play and available on most major platforms: PS4 and PS5,Xbox One and Xbox Series S/X and on PC via Steam or the Epic Games Store. You can also get the Founder’s Pack (Standard, Deluxe, or Premium) for between $40 and $100 if you want instant character unlocks, in-game currency, and cosmetics.

Here’s everything you need to know to get started.

The basic gameplay of MultiVersus is a clash between two teams of two players. The team that gets four knockouts wins the round. This could mean knocking out both opponents twice, or it could mean absolutely bullying one of your opponents until you knock them out four times. After the fourth knockout as a team, you will be taken to the results screen where you will be asked if you want to go again. If everyone agrees, you’ll play a best-of-three game with the same partner and opponents, but if anyone declines, you’ll return to the main menu. You can also play free matches for more mayhem, or 1v1 for more traditional battle showdowns.

Rounds in MultiVersus are fast-paced, and if you don’t react quickly, experienced opponents can quickly knock you off the map. Each character belongs to one of five classes that define their fighting style: Assassin, Bruiser, Mage, Support, and Tank. You can try strategic combinations of classes or just one trick of your favorite character. Live your best life.

MultiVersus also has a mechanic called perks that allow you to customize your character’s gameplay. Perks fall into three categories – Offense, Defense, and Utility – and they change your character’s gameplay mechanics. Each character has three signature bonuses that they can get while playing with that character. Signature power-ups change this character’s movements, such as adding a knockback effect to Wonder Woman’s lasso. Standard power-ups have effects such as reducing cooldown, adding a shield on respawn, or giving players a third jump.

After Rick’s release on Tuesday, September 27th, there will be 20 playable characters in MultiVersus, with two more announced and many more likely waiting for their time. Here’s who’s in the game right now:

Here are the characters announced as future additions:

The Internet is full of speculation about which other characters from Warner Bros. properties. (including more superheroes, kaiju, and some very famous wizards) may appear, but the characters listed here are the only confirmed playable characters.

Wonder Woman is unlocked through a tutorial, and new fighters are added to the free games every week. You can permanently unlock characters by paying gold (which you earn by playing), gleamium (which you can pay for), or by using character unlock tokens from founder packs.

You can download MultiVersus for free and go through the tutorial to understand how it all works. The more you play as one character, the more you will develop their abilities, unlocking standard and signature power-ups, as well as cosmetics related to that character.

If you’ve played any Smash Bros. game, you’ll find the gameplay familiar, with some differences. For example, you can combine jumps, dodges, and moves in such a way that MultiVersus characters traverse the map more than the average Smash fighter. Stage boundaries are also shown, meaning you know exactly how close someone is to getting knocked out.

Once you’re in the game, you can pay gleamium to unlock the battle pass, which will reward you with even more cosmetics like unique character skins, knockout effects, and player banners. The only non-cosmetic item you can unlock from cash transactions (via gleamium) is access to other characters. But you can still unlock characters for free by earning gold for matches played. The battle pass system works pretty much the same as the games Fortnite, Apex Legends and, well… most games these days.

However, the overall experience of MultiVersus is unique and engaging. And since it’s free to play, there’s no reason not to try it.

To learn more about the games, check out List of Sega Genesis Mini 2 games and the biggest titles will still be released in 2022.