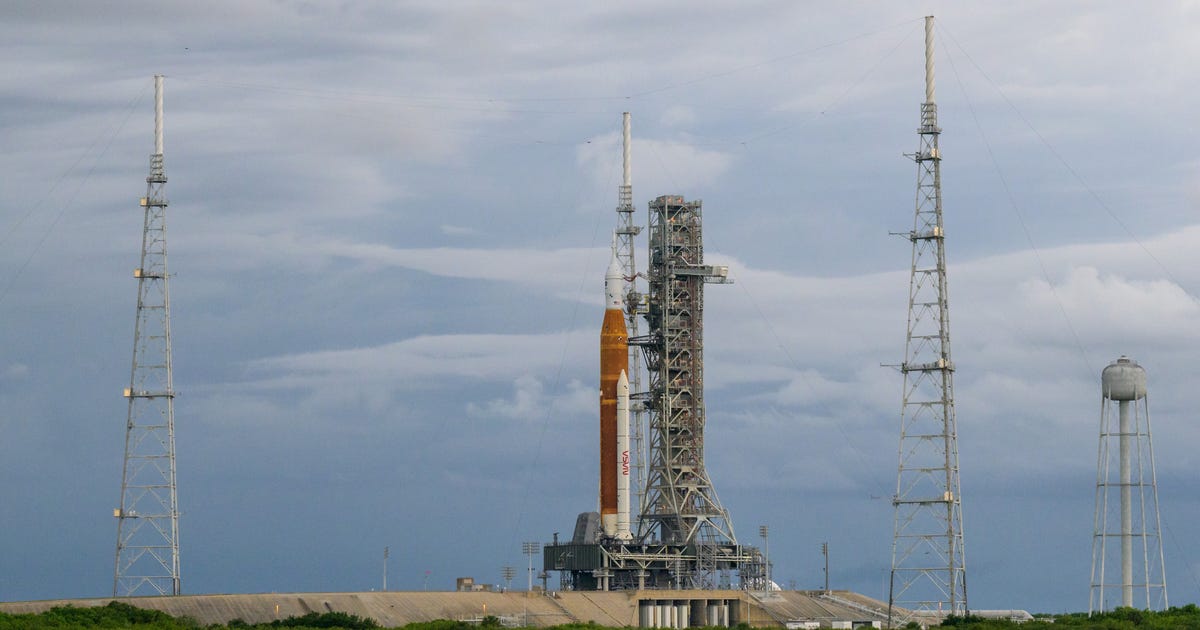 NASA Moon launch of Artemis I, halted by Hurricane Yang, has a new target for takeoff. The launch window for the first phase of NASA’s plan to return humans to the moon opens on Nov. 12 and ends on Nov. 27, the space agency said Friday.

The news comes after an approaching storm forced NASA to cancel the final launch of Artemis I, which was scheduled for Sunday, October 2. As Hurricane Ian threatened to move north through Cuba and into Florida, bringing strong winds and rain to the launch pad, NASA moved its monster Space Launch System rocket and Orion capsule back to the Vehicle Assembly Building at the Kennedy Space Center in Florida on Monday.

A hurricane landed in Florida on Wednesdaybringing with it catastrophic storm surges, winds and flooding, causing widespread power outages and ripping houses off their foundations.

Initial inspections Friday to assess the hurricane’s potential impact on Artemis I’s flight equipment showed no damage, NASA said. “The facilities are in good condition, with only minor water intrusion detected in a few locations,” the space agency said in a statement.

The teams will then complete post-storm recovery operations, which will include additional inspections and retesting of the flight termination system. The new November date, NASA said, will also give Kennedy employees time to decide what their families and homes need after the storm.

The hurricane-related rollback followed two other launch delays, the first due to an engine problem and the other due to hydrogen leakage.