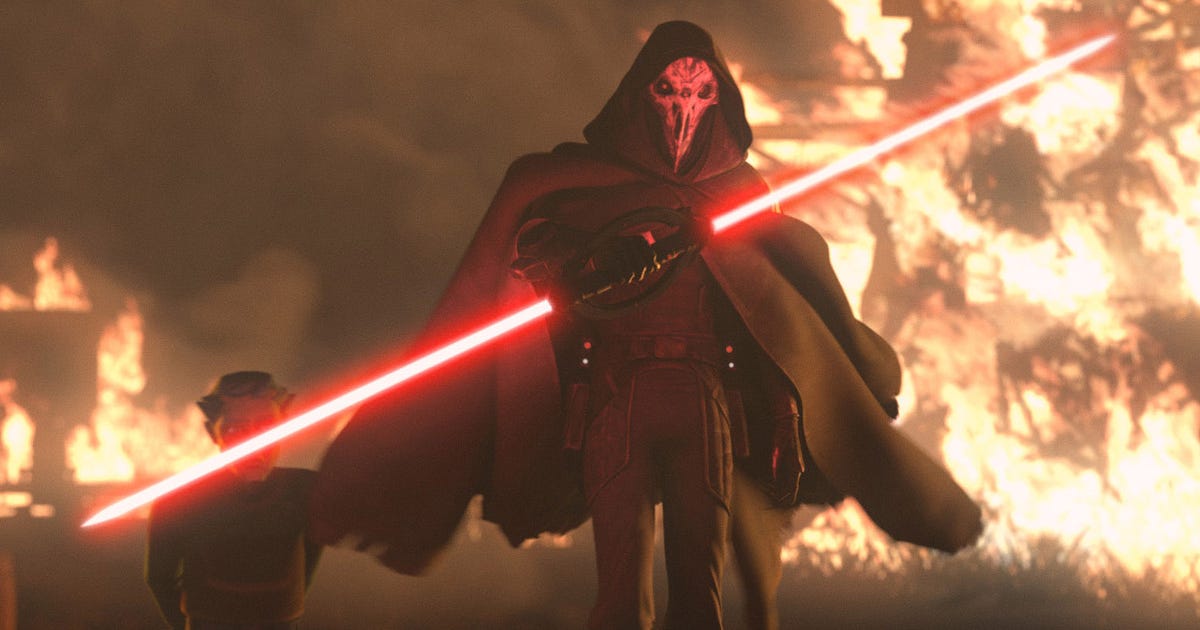 Star Wars: Tales of the Jedi came to Disney Plus on Wednesday, giving us six CGI-animated style shorts Clone Wars. Half of the stories are devoted to the legendary Jedi Ahsoka Tano (years before her union with Mandalorian), while others focus on future Sith Lord Dooku during his time as a Jedi.

They are written by Clone Wars executive producer Dave Filoni, who is currently working on the Ahsoka TV series, which is slated for release on Disney Plus next year.

This all takes place in the prequel era, decades before the events of the original Star Wars movie, A New Hope (and the current show, Andor). Let’s use the Force to dive into the SPOILERS for each episode.

Back in her homeland of Sheila, before the events of The Phantom Menace, young Ahsoka (Ashley Eckstein) is captured by Sabertooth and seemingly doomed. When she instinctively tames him with the Force and rides him home, the village elder recognizes her power and declares her a Jedi.

We know from The Clone Wars that she was brought into the Jedi Order by Master Plo Koon and became Anakin Skywalker’s Padawan.

Jedi Master Dooku (Corey Burton) comes close to killing a corrupt Republic senator after witnessing the suffering of his people. His Padawan Qui-Gon Jinn (Michael Richardson, son of actor Qui-Gon Liam Neeson), manages to save the senator, freeing his kidnapped son, whose love for his father helps Dooku to get out of the situation.

Set years before The Phantom Menace , it highlights Dooku’s disillusionment with the Republic (also told in Dooku: The Lost Jedi Audio Drama). We see it too Dooku’s blue lightsaberwhich has a wonderful curved hilt similar to the one he would wield as a Sith.

Sent to retrieve the body of a dead Jedi with fellow Master Mace Windu (TK Carson), Dooku goes on a mission that leads to the death of a corrupt senator. He identifies with the rebel group responsible for the incident, echoing its distrust of the Republic and its control over the Jedi.

Mace was given the fallen Jedi’s seat on the Council, much to Dooku’s annoyance. He probably sees this as Mace playing politics to rise in the Order and Republic system years before The Phantom Menace.

Lord of the Sith

This takes place during the events of The Phantom Menace, after the confrontations with Qui-Gon Darth Maul on Tatooine, but before returning to Naboo. Dooku removes the planet Kamino from the Jedi archives, concealing a plot to create an army of clones (it would not be revealed until another decade, in Attack of the Clones).

He also had a final encounter with Qui-Gon before his former Padawan was killed by Maul.

After Qui-Gon’s death, Jedi Council member Yadle (Bryce Dallas Howard, dir. episodes with Mandalorian and Boba Fett book) follows Dooku to a secret meeting with Darth Sidious (Ian McDiarmid). Faced with a choice between the Jedi and the Sith when she is discovered, Dooku sides with Sidious, kills the Fir Tree, and becomes an apprentice to the Sith Lord, Darth Tyranus.

This reveals the fate of Fir Tree, who belongs to the same family as Yoda and Grog. She previously only appeared briefly in The Phantom Menace and disappeared in Attack of the Clones. It is not yet clear if the Jedi have learned of her fate.

This episode also suggests that Sidious took advantage of Dooku’s grief over Qui-Gon’s death to fully tempt him to the dark side. He would eventually abandon Dooku in favor of Anakin in Revenge of the Sith.

Following the events of The Clone Wars, Anakin (Matt Lanter) brings Ahsoka to an underground training session where she tries to fend off blaster fire from clone troopers for as long as possible before being stunned.

She continues this training throughout the war and it eventually allows her to do this survive order 66in which Sidious creates clone troopers across the galaxy to kill his Jedi allies.

This episode was the first that Filoni wrote for the series. There is also a cameo from a young Caleb Dumas, a Padawan who would survive the destruction of the Jedi Order. He will take the name Kanan Jarrus and become a Jedi hero Rebels.

After the rise of the Galactic Empire (seen in Revenge of the Sith and the finale of The Clone Wars), Ahsoka quietly attends the funeral of Padme on Naboo and the future leader of the Rebel Alliance. Bale of Organo (Phil Lamar) gives her a communicator.

Hiding in the agricultural world, Ahsoka finds work in agriculture until she reveals herself using the Force to save a colleague and brings the Imperial Inquisitor (Clancy Brown) to their side.

She kills the inquisitor himself a lightsaber with a red blade and contacts Bale to rejoin the fight. It’s unclear how this compares to Ahsoka’s 2016 novel, which tells a similar story, but any inconsistencies could be explained by an alternate narrative.