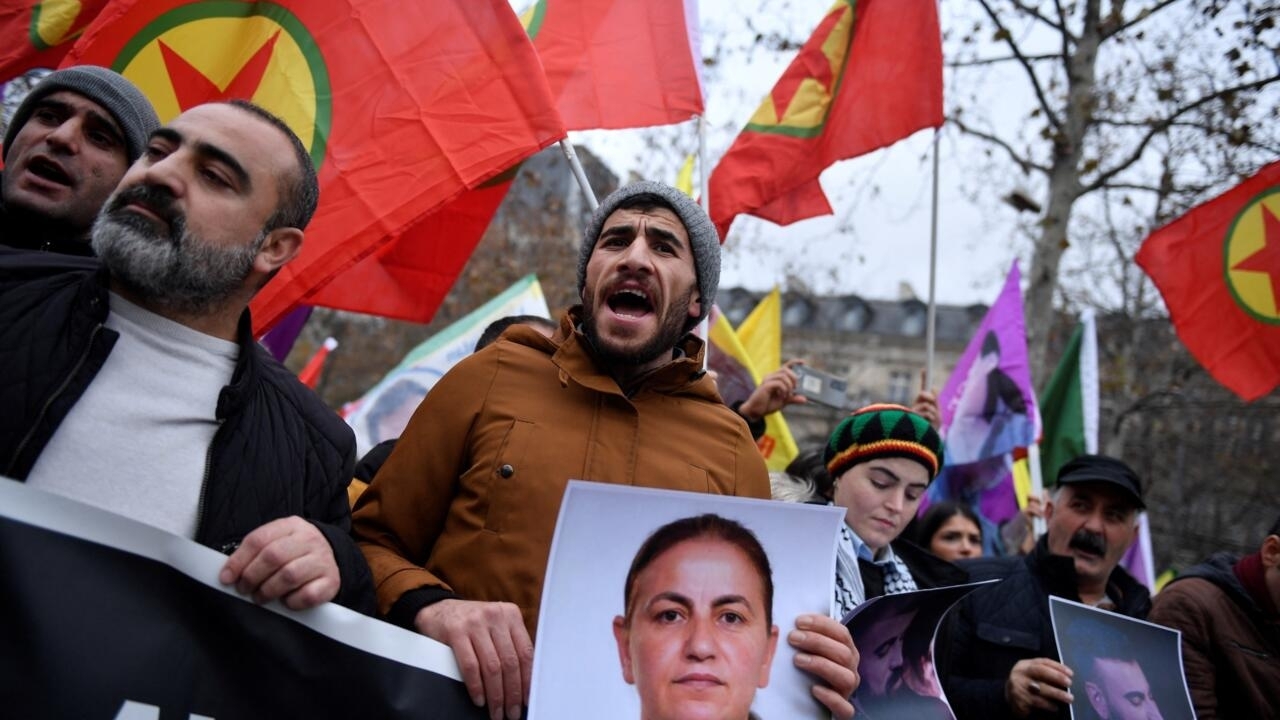 A Frenchman suspected of killing three people in a “racist” attack on a Kurdish cultural center in Paris has been transferred to a psychiatric ward, prosecutors said. Meanwhile, several arrests were made on Saturday as police and protesters clashed after a memorial rally.

Prosecutors said the 69-year-old white suspect was released from custody on medical grounds Saturday and taken to a police psychiatric hospital.

Shots fired at a Kurdish cultural center and a nearby barber shop on Friday sparked panic in the city’s 10th district, home to a large Kurdish population.

According to the Kurdish Democratic Council in France (CDK-F), one woman and two men were among the dead.

Of the three wounded, one is in intensive care at the hospital, two were seriously injured.

The suspect told investigators Saturday that the attack was motivated by his “racism,” a source close to the case said.

The investigation is ongoing

The Paris prosecutor said that on Saturday afternoon, a doctor examined the suspect’s health and found him “incompatible with a measure of restraint.”

The man was taken into custody and taken to a police psychiatric unit to await an appearance before an investigating judge while the investigation continues, the prosecutor added.

Earlier on Saturday, the Paris prosecutor extended the suspect’s detention for 24 hours and filed an additional charge of acting with “racist motives.”

He was already being held on suspicion of murder, attempted murder, violence with a weapon and weapons violations.

Meanwhile, thousands of Kurds gathered on Saturday afternoon in the Place de la République in central Paris, where they observed a moment of silence for the three slain and those “who died for freedom.”

Many members of the Kurdish community expressed anger at French security services, saying they did too little to prevent the shooting.

The attack revived the trauma of three Kurdish activists who were killed in 2013 in the same area of ​​Paris, and the victims’ families have long pointed the finger at Turkey for orchestrating the deaths.

Despite the suspicions, there appears to be no evidence that Friday’s shooting was politically motivated or linked to Turkey.

However, frustration boiled over, and after a tribute rally, angry demonstrators clashed with police in central Paris.

Police fired tear gas after clashes broke out and protesters threw projectiles at officers. AFP journalists who were present at the scene reported that at least four cars were overturned and one was on fire.

Metropolitan police chief Laurent Núñez told BFM television that 31 officers and one protester were injured and 11 people were arrested, “mainly for causing damage”.

More than 1,000 people held a similar peaceful rally in the southern port city of Marseille, but it ended in clashes with officers and at least two police cars were set on fire.

Turkey blames the riots on the PKK

On Sunday, a top aide to Turkish President Recep Tayyip Erdogan blamed the outlawed PKK militants for the street riots in Paris.

“This is the PKK in France,” said Erdogan’s foreign policy adviser Ibrahim Kalin, tweeting images of overturned and burning cars. “The same terrorist organization you support in Syria.”

Ankara is launching regular military operations against the Kurdistan Workers’ Party (PKK) — designated a terrorist group by the European Union and the United States — and Kurdish groups it accuses of having allies in Syria and Iraq.

The PKK has been waging an insurgency against the Turkish state since 1984, first seeking a Kurdish homeland and then seeking greater political autonomy for the Kurds.