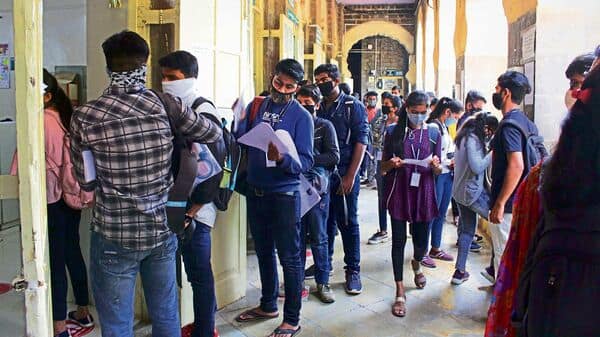 “Being a government university… we develop the admission criteria as per the directives of the state higher education department. We cannot adopt the CUET method or prepare a new merit list,” she added.

CUET is the common gateway for students to get admission in all central universities.

“There is no way we can accept the CUET route for an institution like Jadavpur University, which follows a rigorous high-level admissions procedure. All our disciplines – Science, Arts and Engineering – maintain high academic standards through this JU admission process. A single route CUET is not applicable to JU,” he said.

This year, the private St. Xavier’s University also conducted its own offline entrance tests. The university’s vice-chancellor, Father Felix Raj, said: “We are not going the CUET way.”

There will be no CUET-UG merit lists or counseling for state universities, officials said.

A Visva Bharati University official said the Central University, which has UG courses in various disciplines, has adopted the CUET route.

“The CUET eligibility criteria will be followed both for students of Patha Bhavan and Siksha Satra (higher secondary education units run by Vishwa Bharati) and for students from other countries. But for internal students, the mark will be slightly reduced (those who studied here until the 12th grade), – said the press secretary.

Presidency University Students’ Union spokesperson Debnil Paul said, “We oppose the attempt to introduce uniform criteria for admission tests in all higher education institutions across the country. This does not take into account the problem of academic autonomy of institutions such as the Presidency.”

The CUET-UG results were declared on September 16 by the National Testing Agency (NTA).

“The merit lists will be prepared by the participating universities, who will decide on individual counseling based on the CUET-UG scorecard,” said Sadhana Parashar, senior director (examinations), NTA.

The CUET-UG exam started in July and ended on 30 August. 60 percent attendance was recorded in the exam. As per the original plan, all phases of CUET-UG were to be completed on August 20. However, the exam was further delayed and divided into six stages for students whose exam was postponed due to several glitches that marred the test.

The debut edition saw technical glitches in the last minute shift at the exam center and uninformed changes in exam dates to accept cards with past dates, students faced many of these issues.

(With inputs from PTI)

Follow all educational news and updates on Live Mint. Download The Mint News app to get daily market updates and business news live.