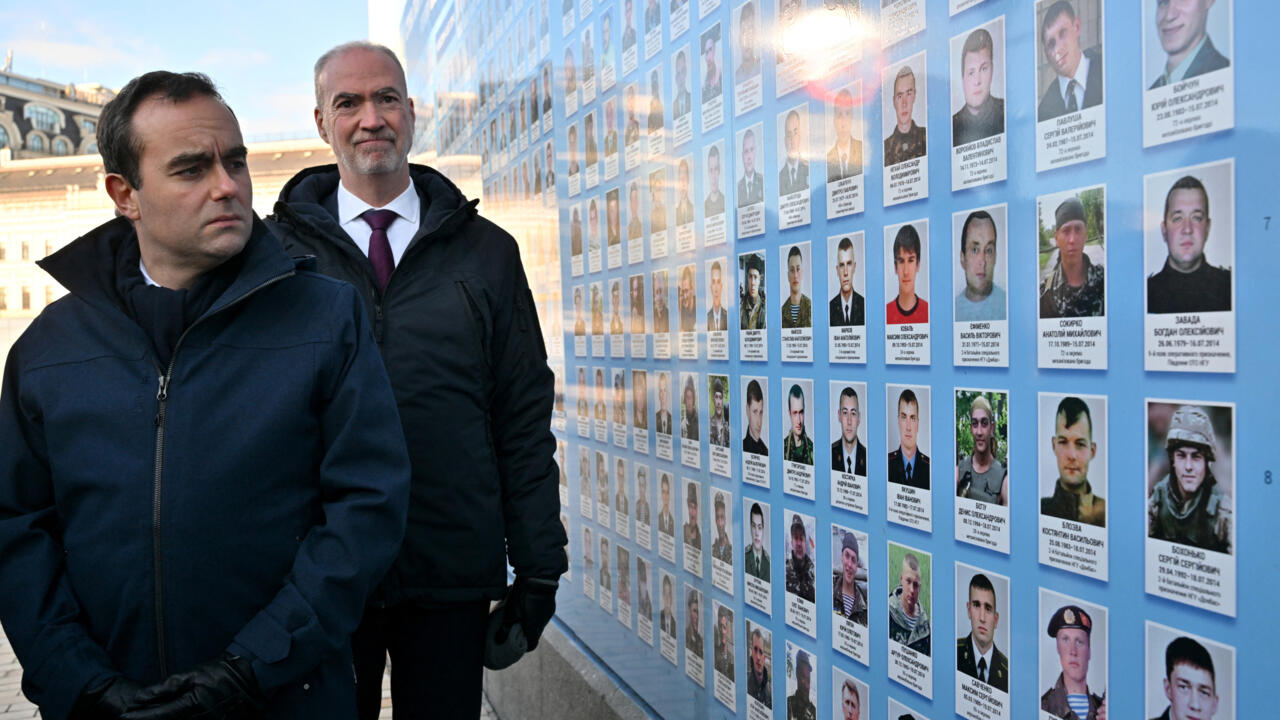 President of Ukraine Volodymyr Zelenskyi met with the Minister of Defense of France Sebastian Lekornia on Wednesday in Kyiv. The Ukrainian leader thanked France for the constant military and humanitarian support of his people in the war against Russia.

The Ukrainian leader concluded his daily televised address by describing the meeting with Lyakorn.

“We discussed cooperation for next year,” said Zelensky. “We talked about rebuilding our country and moving to a new level in strengthening our air defenses.”

Earlier, Zelensky expressed gratitude to France for the supplied military equipment on social networks, which, according to him, made Ukrainian skies safer and increased the combat capability of the national defense forces.

Zelensky ended his speech in French by reiterating his country’s gratitude for the support provided by Paris. “The Mercy of France.”

France has already provided weapons, such as the Caesar artillery system, to units of the Ukrainian army and created a fund of 200 million euros so that the authorities in Kiev can buy equipment directly from French manufacturers.

Defense Minister Sebastien Lecornu told reporters on Wednesday that France would help with the maintenance of already delivered weapons. He also confirmed that the fund could be used to purchase additional weapons, such as Mistral missiles, to neutralize drone strikes.

“France has chosen several ways to help Ukraine,” Lyakorniu said during his first visit to the country since Russian President Vladimir Putin invaded in February.

“Maintaining what has already been given to Ukraine is as important as new equipment.”

Lyakornyu’s meetings on Wednesday with his Ukrainian counterpart Oleksiy Reznikov and President Volodymyr Zelensky discussed “the needs of the Ukrainian army in the coming weeks,” he said.

In recent weeks, Russian missile strikes and drone strikes on Ukraine’s infrastructure have knocked out electricity for millions of people.

Reznikov stated that the main priority of Ukraine is air defense. Military officials are also interested in acquiring more artillery systems and ammunition.

According to a study by the Kiel Institute of the World Economy, France ranks 10th in terms of military support for Ukraine, behind the USA, Great Britain, Poland and Germany.

Memorial to the dead

The French minister began his visit to the Ukrainian capital at the Wall of Heroes, a memorial to hundreds of soldiers who died in the 10-month war against Russia.

He then met with Reznikov and Zelensky to discuss the army’s immediate defense needs.

France has already delivered 18 truckloads of Caesar weapons to the Ukrainian units fighting the Russian occupiers. The gun has the advantage of rapid mobility, it can be fired and moved quickly before enemy units can return fire. The guns have a range of 40 kilometers and are effective against tanks and aircraft.