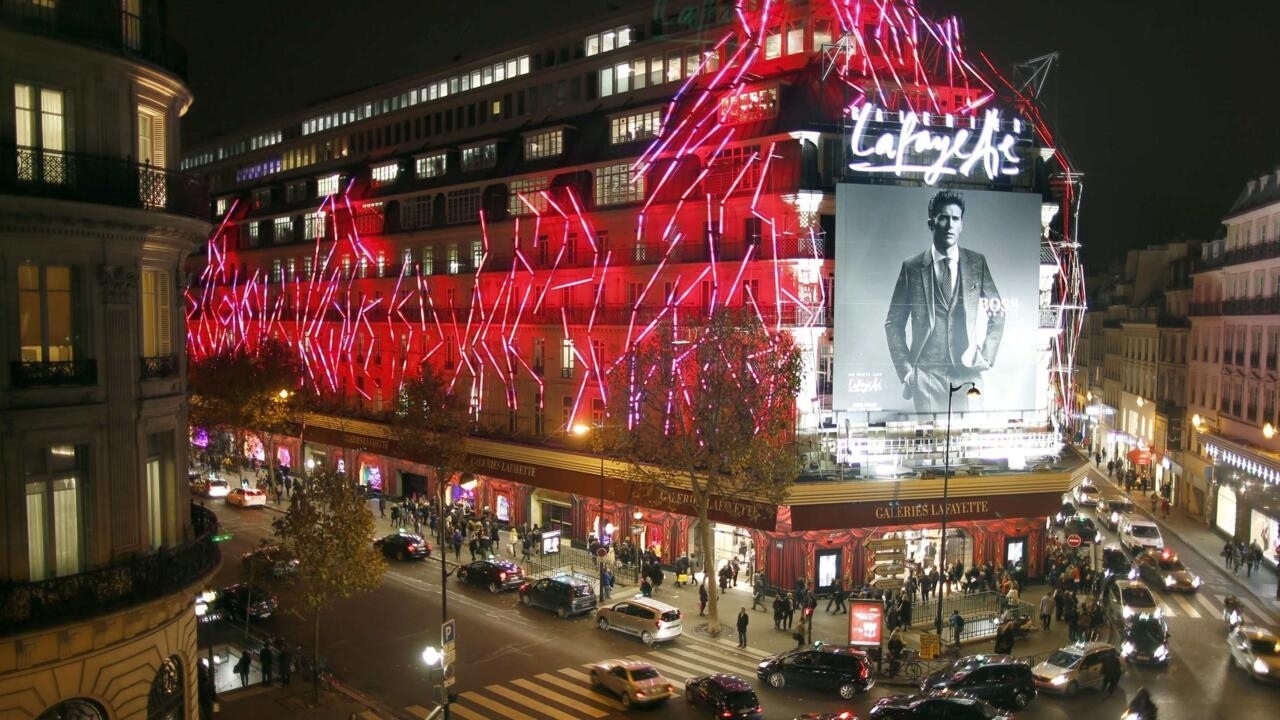 Paris climate activists have found a new way to get their message across against energy waste in the City of Light by switching off shop signs and advertising screens, which remain on all night, even as the government urged people to cut back on electricity use.

At 9pm on a recent evening, around 20 members of Extinction Rebellion gathered for a tactical briefing before heading out on another night raid.

If the police spot them, “there’s no way we run,” says “Jod,” a 32-year veteran of the movement, detailing the legal risks and advice for those who might be arrested.

“In France, 12 million people are cold because they cannot heat their homes, and on the other hand, we waste this energy on advertising signs, which is a completely useless consumption,” he tells AFP.

After distributing posters and equipment, including telescopic poles to reach outdoor light switches, Joad’s team heads to the bustling Marais district, a magnet for Parisians and tourists alike, where dozens of retailers have outlets.

“This is not Versailles!”

Click and the Levi sign will go out. In other storefronts, the group is pasting posters saying “This is not Versailles!” — the swear word heard by generations of French children when they leave the lights on unnecessarily.

The team is targeting opticians, jewellers, perfume boutiques and mattress stores, as well as numerous illuminated billboards, opening the frames to remove them and replace the ads with their own posters.

The government, under pressure because Russia is cutting gas exports to Europe, has urged people to show energy “restraint” as winter approaches, in particular by lowering home heating thermostats to 19 degrees Celsius.

He also decreed that from June 2023, illuminated signs and advertising must be switched off between 1am and 6am.

The city authorities of Paris went further, ordering from December to turn off the lights on signs and advertisements from 11:45 p.m. to 6:00 a.m.

It’s not fast for climate activists.

The “double word” of the government

“We know it’s very symbolic because the electricity used by the illuminated signs is only a tiny fraction of the energy the country uses,” said “Piku,” a 36-year-old man who also used a pseudonym.

For Pikov, the biggest problem is the government’s “double talk”.

“What angers me, and why I’m here tonight, is that the government is asking ordinary people for restraint, with small gestures like turning down the heating or turning off the Wi-Fi, but it lacks the political courage to ask for the same restraint and business,” he said.

As activists move through the winding streets of the Marais, their actions are often applauded by passers-by.

“I completely agree with them,” says Federica, a tourist from Milan. Anna, who also stops to watch, calls the lighting a “disgrace.”

Activists are particularly outraged by one store. It’s a clothing boutique boasting its eco credentials with the slogan “Because there is no Planet B” next to three large advertising screens.

Screens are quickly plastered with posters.

“This is the first phase. It’s about awareness and prevention,” says Joad, adding that some shop owners are responding with messages of support and vowing to turn off the lights.

“For those who continue to turn on the lights and continue to splurge, we will move into a second phase that will be a little bit bolder starting in December.”