Inside the world’s largest digital camera 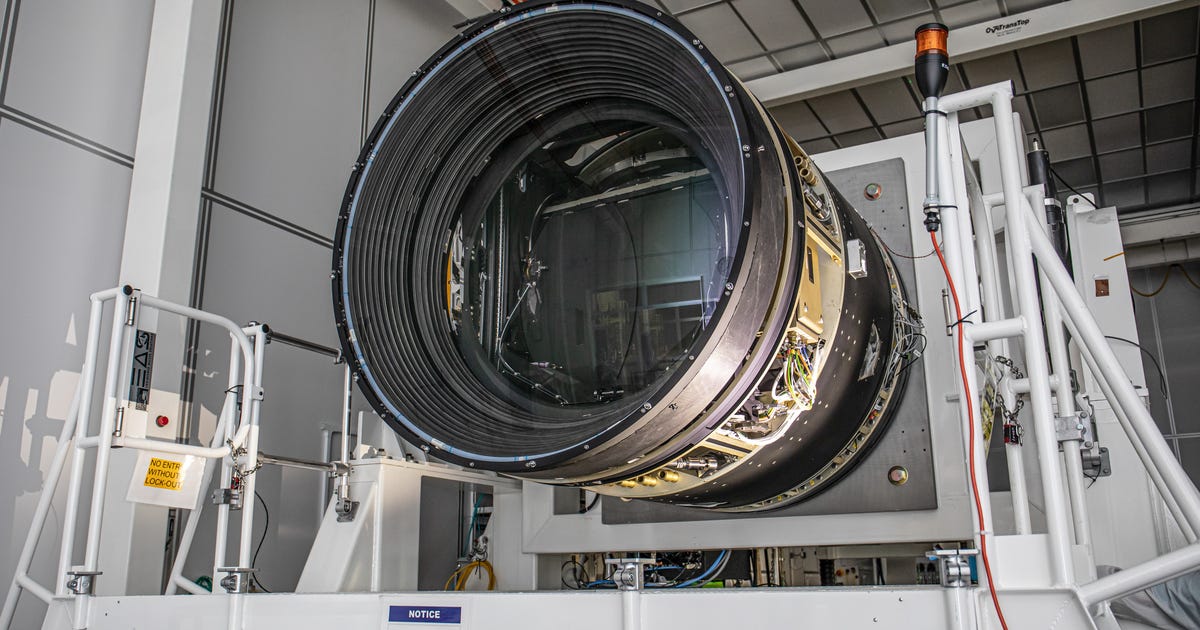 Scientists in Northern California are putting the finishing touches on the world’s largest digital camera. They recently removed the lens cap and invited CNET to take a look inside.

Engineers at SLAC National Accelerator Laboratory have spent the past seven years building the Legacy Survey of Space and Time, or LSST, camera. The camera is the size of a small car and weighs about three tons, with a five-foot-wide lens that holds a Guinness World Record. Watch the embedded video to see our clean room visit with the camera.

A 3,200-megapixel camera powerful enough to spot a golf ball 15 miles away will be the heart of a new telescope at the Vera C. Rubin Observatory in the mountains of Chile, where it will spend a decade mapping the entire southern sky. Scientists predict that the LSST camera will help them discover 17 billion new stars, as well as 6 million new objects in our solar system.

Where recently launched James Webb Telescope takes a deep, narrow view into space, the LSST camera will have a much larger field of view. Once operational, it will capture a slice of the sky seven times the width of the full moon every 15 seconds, creating an entire panorama of the sky each night. Scientists around the world are beginning to think about all these images with caution. “If we see a new phenomenon within 60 seconds of the shutter closing, we can send alerts to anyone who is interested.” said Travis Lange, lead mechanical engineer on camera.

At the end of the 10-year project, the LSST camera will create a 3D movie of the entire southern sky. “(It) will allow us to see things on time scales that haven’t been available before,” said Risa Wexler, a physics professor at Stanford University.

“It allows us to ask really big questions. What is the universe made of? What is the nature of dark matter and dark energy?”

Over the next few months, scientists at SLAC will conduct final tests of the camera. In May 2023, they plan to pack it up and put it on a chartered Boeing 747 for a flight to Santiago, Chile. He will then be put on a train to reach the observatory on top of Cerro Pachon.